We enjoyed a long distance double at Sedgefield on Friday 2 December with Will Victory and Monjules both earning decent prize money from their long journey North.

Both had been given a chance by the handicapper and run in the name of David’s Partnership whose members live considerably closer to the Durham racecourse than their trainer!

First to score was Will Victory who had a wind op after joining us in the spring and showed plenty of promise on her comeback at Hereford at the end of October.

She was given a positive ride ride by our talented conditional Ben Bromley who quickly seized the initiative when the early the pace slowed. Will Victory dominated proceedings from that point and won comfortably despite a mistake at the final flight.

We will see how she comes out of the race before making any firm plans for her though I wouldn’t be afraid of her switching her to fences at some point. The ex French horse Monjules won at Sedgefield thirteen months ago on his debut in this country. He was sent to us in the autumn and was on an attractive mark after some disappointing performances later last season.

He was given a patient ride by Lorcan Murtagh who eased him into the race at the second last before they stretched clear for a pleasing victory by six lengths. As Monjoules is quite a delicate, light framed type I will probably give him a bit of time before turning him out again. 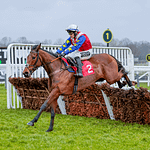 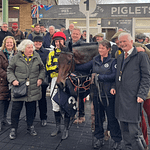 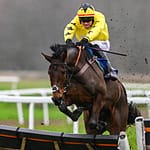 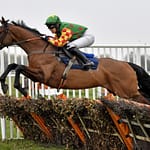 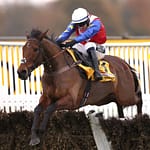 LOVE ENVOI EXCELS TO BEAT THE BOYS AT SANDOWNUncategorized